Coming soon in the Winter edition of IN magazine...

A New Kind of Home Office
by Lindsay Robison 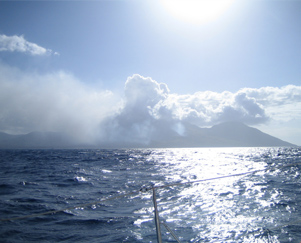 A husband and wife taking turns, sitting watch for three-hour stretches, on the lookout for storm waters bringing 20-foot seas and 50-knot winds with them. It sounds like a scene out of a movie… perhaps something along the lines of the “Perfect Storm.” But it’s not a movie. Rather than playing out on the big screen, the details of this couple’s story are part of Sharon Woodward and her husband’s nautical travel log.

As president and CEO of Baltimore Equitable Insurance, Woodward is in the business of protecting policyholders against risks. But in her personal life, she’s apt to taking them. As a former military brat and Air Force wife, Woodward is used to not staying in one place for very long. So when her husband, Gary, turned to her during a commercial break of a John Wayne western one Saturday nearly two decades ago and said, “You know, I really think I would like to live on a boat when we retire,” she didn’t hesitate in agreeing.

“It was simple. It was black and white,” Woodward says about her quick response to eventually sell nearly all of their belongings and move onto a boat. “I grew up in an Air Force family and I had to make a lot of these leaps of faith by moving and meeting new people. So it really wasn’t a difficult decision for me to make at all.”

Some things needed to happen, though, before the agreement could become reality. But once the boat was picked out and retirement target dates were set and reached, the couple’s aquatic life began.

After a couple of years at sea, exploring much of the Caribbean, the financial crisis brought Woodward back to land and back to Baltimore Equitable. But she still lives on her boat.

Read the winter issue of IN magazine, coming your way in December, to find out more about Woodward’s nontraditional home and where her adventures might lead when she one day retires again. 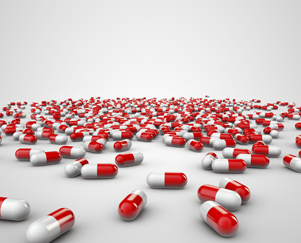 “Premiums had plummeted and medical costs of claims began to overwhelm most of the claims costs,” says Jeffrey White, director of medical management practices and strategy for Accident Fund. “It was a sixty-forty split in 2010. Sixty percent of the cost of the claim went to medical instead of lost wages.”

The company decided it needed to get a feel for what was driving the medical costs. So it put together a research team that included White, who was an outside consultant at the time; Paul Kauffman, the director of medical programs at Accident Fund; and several other consultants.

The team of software programmers, database experts, analytics people, and modelers took the medical billing, pharmacy, and claims databases that Accident Fund handed over and did a deep dive into their numbers.

During the search for the cause of the increased medical costs, the team found it could toss out injuries as a possible culprit. “We were crunching more than ten million records over ten years,” White says, “and we found that injuries that exist today existed in the same frequency as a decade ago.”

If not injuries, then what was driving the increasing medical costs? Further research found the problem: opioid use and abuse.

Unfortunately, Accident Fund is not alone. Opioid use is somewhat of an epidemic for the nation’s workers’ compensation carriers.

Check out for the winter issue of IN magazine, hitting mailboxes and the internet in early December, to read more about workers’ compensations current worst enemy and what Accident Fund has done to get a handle on the problem.