INDIANAPOLIS – (Sept. 21, 2020)  The National Association of Mutual Insurance Companies Board of Directors today presented Charles M. Chamness the Chairman’s Award for his dedication and leadership to NAMIC during the last 25 years. The award was presented at the organization’s 125th Annual Convention, this year being held virtually.

“It has been my honor to lead NAMIC these past seventeen years, during which time I have been humbled by the commitment and hard work of NAMIC members and staff and their passion for creating a truly servant-leadership-driven association,” Chamness said.

Chamness began his tenure with the association in 1995 as vice president of public affairs before being named president/CEO in 2003, when he began positioning NAMIC as the largest U.S. property/casualty insurance industry trade association, focusing on leadership in advocacy, public policy, public affairs, and member services.

Throughout the past quarter century, Chamness successfully guided the organization through challenging advocacy issues, including leading NAMIC in single-handedly saving mutual insurers millions of dollars annually in unnecessary compliance costs required by the Sarbanes-Oxley Act. The host of new requirements SOX imposed on corporate America were costly and unnecessary obligations for mutuals that don’t have shareholders. He also led the charge against the assault on the McCarran-Ferguson Act, which exempts the business of insurance from most federal regulation, as well as fending off a self-serving threat of a high-profile U.S. senator to “take down the industry.”

“Chuck is a great leader who has built an effective member-focused team that is clearly committed to its mission of serving others, said Randy Druvenga, president of First Maxfield Mutual Insurance and outgoing NAMIC board chair. “During the course of his tenure, NAMIC has thrived and the members have benefited tremendously from his service.”

In the 17 years Chamness has been CEO, NAMIC has added more than 200 member companies and experienced a 99+ percent member retention rate and an 80 percent growth in revenue. He has testified before U.S. House and Senate committees on topics ranging from the impact of the Dodd-Frank Act on insurance, the U.S.-EU covered agreement, and the industry’s response to Hurricane Katrina. He regularly shares his insurance knowledge with others in the industry at numerous educational events. 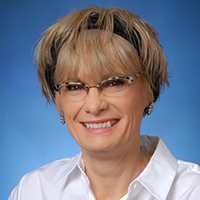