The property/casualty insurance industry is known for many things: making policyholders whole after adversity, contributing to federal and state policymaking, and, on a more altruistic note, giving back to the community.

Those who are attending this year’s Annual Convention will have perfect opportunities to show their altruistic side by showing their support for the St. Baldrick’s Foundation. A longtime charitable organization of choice for NAMIC, St. Baldrick’s is the largest private funder of childhood cancer research grants in the United States.

Sadly, one in five children diagnosed with cancer will not survive, and those who do survive often suffer long-term effects from treatment too harsh for their developing bodies. As many of you know, NAMIC’s president and CEO Chuck Chamness and his wife, Brigit, were devastated almost 15 years ago when they learned their son, Joey, had osteogenic sarcoma, a bone cancer. Through the good works of St. Baldrick’s and Joey’s oncologists, he is now a strapping 23-year old making it out in the world.

But research … and funds … are still desperately needed.

NAMIC members can get up at the crack of dawn Tuesday, Sept. 24 to put on their running or walking shoes for the 5k/3k Fun Run and Walk. Money raised from this event will increase St. B’s coffers for continued research in childhood cancers

If the Fun Run and Walk doesn’t suit your interest, how about a little ice cream and a head shaving? Not your head, though. On Wednesday, Sept. 25 during the last hour of the Marketplace for Mutuals, NAMIC will host an ice cream social that’s punctuated by the annual head shaving “ceremony.” This year, Erin Collins, NAMIC’s assistant vice president of state affairs, will be the one whose head is on the shaving block. As the clippers buzz away, the donation “hat” will be passed throughout the crowd. Last year, more than $91,000 was raised at this event. Overall, NAMIC has raised more than $3 million during the last 13 years. 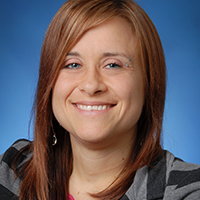